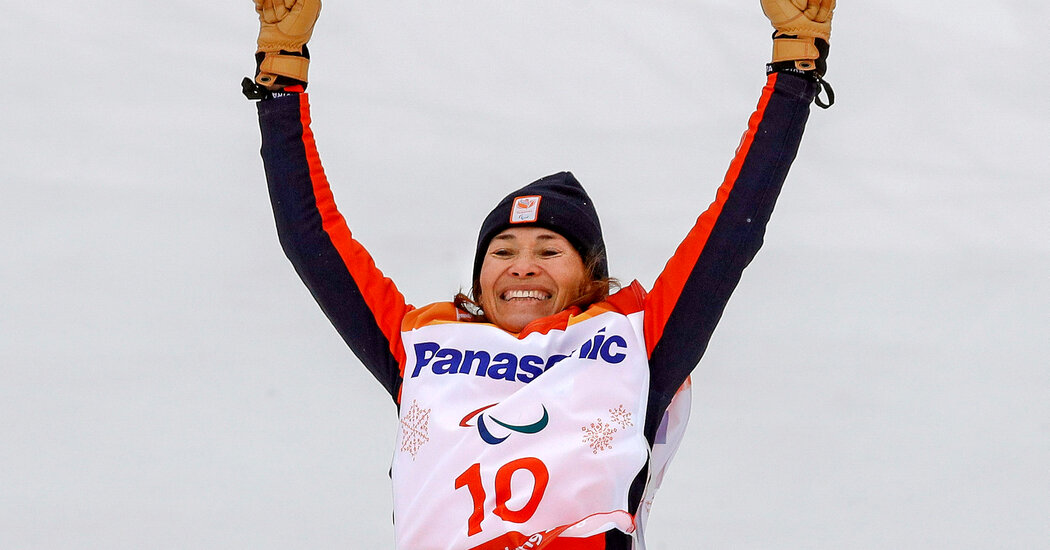 Bibian Mentel, a champion Dutch snowboarder who lost her lower right leg to cancer, then returned to the sport a few months later and dominated it for the next 16 years, died on Monday at her home in Loosdrecht, the Netherlands. She was 48.

After losing her leg, Ms. Mentel had continued to struggle with cancer throughout her career, and in March she announced that it had spread to her brain and was inoperable. Her death was confirmed by a representative of her nonprofit organization, the Mentelity Foundation.

Ms. Mentel, a steely-eyed competitor who won gold medals at the 2014 and 2018 Winter Paralympic Games, was widely considered among the best snowboarders in the world. She was a celebrity in the Netherlands, where her athletic achievements, inspirational life story and poise and glamour made her the subject of fashion-magazine cover articles and television profiles.

“Thank you for everything you have given and shared with us,” Prince Constantijn, the younger brother of King Willem-Alexander of the Netherlands, wrote on Twitter. “Everyone you touched with your optimism and persistence has become a better person.”

Ms. Mentel was a six-time Dutch champion in the halfpipe and snowboard cross events when she injured her right ankle while training for the 2002 Winter Olympics. Doctors found a tumor on her tibia — a recurrence of a cancer that first appeared in 1999. They removed her right leg below her knee in 2001.

She was told she wouldn’t snowboard again. But she was soon back on the slopes, and seven months after her surgery she won a gold medal at the Dutch snowboarding championships.

Ms. Mentel continued to compete, and win, in para snowboarding events, even as her cancer reappeared in 2004, this time in her lungs. Over the next 11 years doctors performed five operations, each time removing a bit of lung.

She joined several other para snowboarders in successfully lobbying the International Paralympic Committee to add their sport to the Winter Paralympics in Sochi, Russia, in 2014. She carried the flag for the Netherlands at the opening ceremony and captured a gold medal in snowboard cross.

Her cancer returned in 2016; this time doctors said there was nothing they could do. She went home and told her husband, Edwin Spee, and her children that she would die soon. Mr. Spee began searching for alternatives, and soon found a doctor with an advanced treatment.

It worked, but the next year doctors found cancer yet again, this time in her neck. Though they were able to push it into remission, the treatment greatly weakened her neck vertebrae, and one of them had to be replaced with a titanium prosthesis — “my permanent jewelry,” she would joke.

The back-to-back bouts with cancer kept her out of competition for many months, and most of her sponsors dropped her. She had to rely on crowdfunding to get to the 2018 Winter Paralympic Games, in Pyeongchang, South Korea.

Once again she carried the Dutch flag in the opening ceremony, and once again she won gold — twice, in the banked slalom and again in snowboard cross.

“I heard a rumor that she has 128 gold medals in her house, and I don’t think that’s an exaggeration,” said Amy Purdy, an American para snowboarder, in a podcast interview with Ms. Mentel. “I have traveled the world and competed with her for my entire snowboarding career, and she has won gold every single time.”

Bibian Karina Mentel was born on Sept. 27, 1972, in Utrecht, the Netherlands, the daughter of Theo Mentel, a contractor, and Maude Meijlink.

She is survived by her mother; her husband; a son from a previous relationship, Julian van de Kamp; two stepdaughters, Laila and Annabella Spee; and a half sister, Jody Mentel.

During surgery after yet another recurrence of cancer in 2018, Ms. Mentel lost feeling in her lower body. She began using a wheelchair — and a few months later competed in the Dutch version of “Dancing With the Stars.”