‘The Den of Thieves’: South Koreans Are Furious Over Housing Scandal | Press "Enter" to skip to content 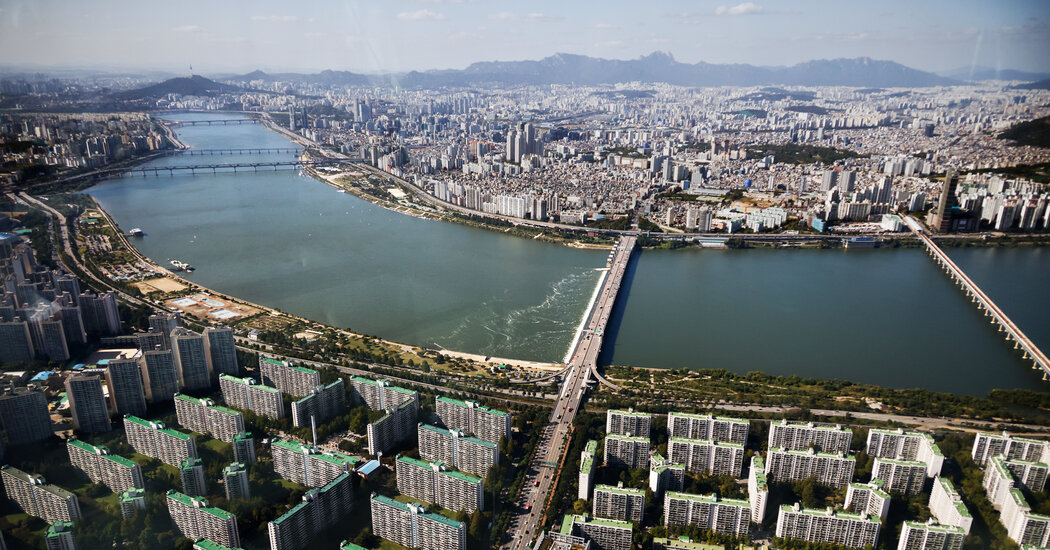 ‘The Den of Thieves’: South Koreans Are Furious Over Housing Scandal

SEOUL — ​The 10 people bought $8.8 million worth of land in an undeveloped area southwest of Seoul, registering it for farming and planting numerous trees. It’s a common trick used by shady real estate speculators in South Korea: Once the area is taken over for housing development, the developers must pay not only for the land, but the trees, too.

A national outrage erupted this month when South Koreans learned that the 10 people were officials from the Korea Land and Housing Corporation (LH) — the government agency in charge of building new towns and housing — suspected of using privileged information to cash in on government housing development programs.

The incident has thrown President Moon Jae-in’s government into crisis mode just weeks before key mayoral elections that are largely seen as a referendum on him and his party ahead of next year’s presidential race. Young South Koreans are saying they are fed up with corruption and the president’s failed policies on runaway housing prices. The LH scandal is now set to become a critical voter issue in Mr. Moon’s final year in office.

“When my girlfriend and I discuss how we are going to find a house in Seoul for the family we are going to start, we can’t find an answer,” said Park Young-sik, 29, an office worker. “The LH scandal shows how some people in South Korea make a quick fortune through real-estate foul play, while the rest of us can barely buy a house even if we toil and save for a lifetime.”

Rising housing prices have long been one of the country’s most intractable policy headaches, especially in Seoul and the surrounding Gyeonggi Province, where nearly half the country’s population lives, crammed into everything from gleaming apartment towers to urban slums.

Real-estate speculation has become something of a national sport, but the suspicion of insider trading among public officials made the LH story stand out. Anger spread quickly, especially among young South Koreans who have been crushed by the country’s dwindling job opportunities.

“The den of thieves!” read one of the many signs young protesters plastered on the doors of an LH office in Seoul this month.

Voters in South Korea’s two largest cities — Seoul and Busan — go to the polls on April 7 to choose their mayors, and many observers said the elections could reflect poorly on Mr. Moon’s performance. Survey results showed that the LH news was dragging down approval ratings for both him and his party, most sharply among South Koreans in their 20s.

“I am sorry for worrying the people greatly, and for deeply disappointing those people who have lived honestly,” Mr. Moon said last week, vowing to eliminate “real estate corruption widespread in our society” as a priority of his last year in power.

Apartment prices in Seoul have soared by 58 percent during Mr. Moon’s tenure, according to data from the government-run Korea Real Estate Board. Some of the units in popular residential districts in Seoul have nearly doubled in price in the same period.

Rising housing costs have been blamed for creating a vicious cycle in which families believe real estate investments are foolproof, despite being warned otherwise by the authorities. Experts believe the soaring housing costs have also contributed to the country’s declining fertility rate, one of the lowest in the world, by discouraging young Koreans from starting a family.

The insidious​ divide among young people in South Korea has become a popular topic in K-dramas and films, including Bong Joon Ho’s “Parasite.”​ The “dirt-spoons” struggle to manage an ever-expanding income gap while the “gold-spoons,” the children of the elites, glide through a life of privilege. The problem also featured prominently in the real-life downfall of the former president, Park Geun-hye,​ and the jailing of the Samsung Electronics vice chairman, Lee Jae-yong.

When Mr. Moon took office in 2017, he promised a “fair and just” society. His government has introduced dozens of regulatory steps to curb housing prices, including raising capital-gains taxes on house flipping and property taxes on multiple-home owners.

None of these measures have worked.

Last month, the Moon administration announced plans to supply more than 836,000 new housing units in the next four years, including 70,000 homes to be built in the area southwest of Seoul at the center of the LH scandal. Two civic groups were the first to report that 10 LH officials bought land there months before the highly secretive development plan was announced, accusing the officials of capitalizing on insider information for personal gain, a crime in South Korea.

The government has identified 20 LH officials who are suspected of using privileged information to buy land in various areas before projects were slated to begin there. The investigation has been expanded to target government employees outside of LH, including members of Mr. Moon’s staff. As the dragnet grew larger, two LH officials were found dead this month in apparent suicides. One of them left a note confessing to an “inappropriate deed,” according to the local media.

“LH officials had more access to information on public housing projects than any other, but sadly, we also learned through our investigation that they were ahead of others in real estate speculation,” said Lee Kang-hoon, a lawyer at the People’s Solidarity for Participatory Democracy, one of the two civic groups that uncovered the corruption among the LH officials.

Mr. Moon’s political enemies have been quick to fan the flames among angry voters.

“Stealing public data for real estate speculation is a crime that ruins the country,” the former prosecutor-general, Yoon Seok-youl, told the conservative daily Chosun Ilbo this month while criticizing the government’s handling of the situation.

Mr. Yoon has become a darling among the conservative opposition, and recent surveys showed him to be one of the most popular potential candidates in next year’s presidential election. He recently clashed with Mr. Moon over the president’s effort to curtail the power of prosecutors, and resigned early this month.

Lee Jae-myung, the governor of Gyeonggi Province, is another potential candidate in next year’s race. The liberal governor hopes to represent Mr. Moon’s party in the election and has promoted a “basic housing” policy in which the government would provide cheap and long-term rentals for South Koreans.