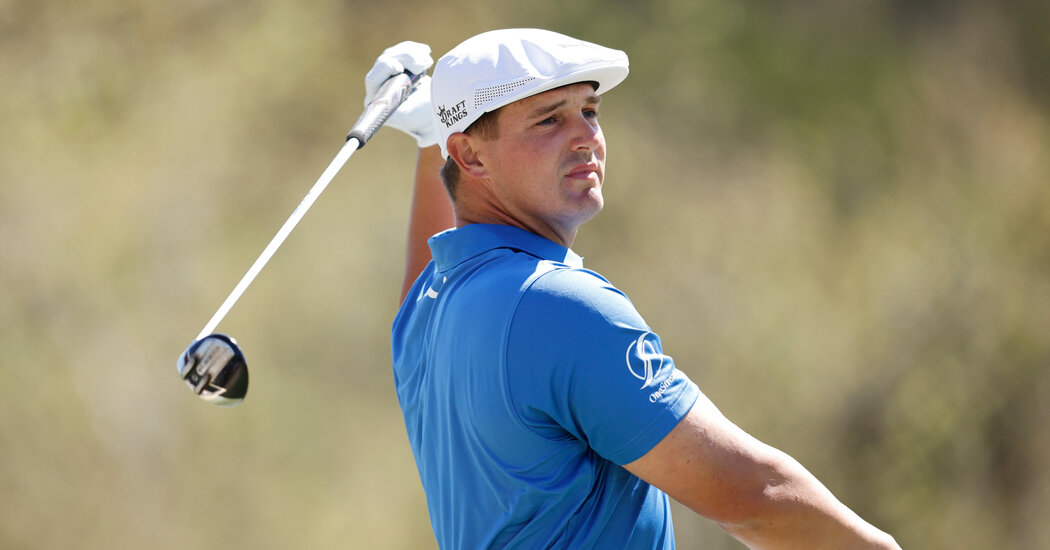 The Players to Watch at the Masters

When the best golfers in the world tee off at Augusta National Golf Club this week, the Masters will seem, to a large degree, like the Masters again. The azaleas should be blooming, and there will be fans, if only a limited amount, on the grounds.

That was not the case in 2020. Because of the pandemic, the tournament was held in November instead of its traditional spot in April, and it was played without the boisterous galleries.

Dustin Johnson, the top-ranked player in the world, won by five strokes with a record score of 20-under 268. Tiger Woods, the 2019 champion, tied for 38th. Woods won’t be playing at the Masters. He is recovering from injuries from a February car accident in California.

Johnson, vying for his third major title, will be one of the favorites, along with Justin Thomas (No. 2) and Jon Rahm (No. 3).

Here are five other players to keep an eye on.

There doesn’t seem to be a golf course that can neutralize DeChambeau’s distance off the tee. He’s averaging 320.8 yards, the best on the PGA Tour.

It will serve him well at Augusta National. He should be able to easily reach the greens in two shots on the par-5s, which provide the best scoring opportunities. His power isn’t the only impressive part of his game. DeChambeau, ranked No. 5, has been able to make a lot of crucial putts.

Before last year’s United States Open at Winged Foot, it wasn’t certain whether the way he planned to attack the course would pay off; the fairways were narrow and the rough was thick.

No problem. DeChambeau, 27, won by six strokes and was the only player to finish under par.

DeChambeau hasn’t had much success in his previous four appearances at Augusta. His best finish was a tie for 21st in 2016, just before he turned pro.

Sooner or later, Finau, 31, is going to break through on the big stage. Augusta National could be the place.

Finau, too, hits the ball a long way. He is 15th on the tour in birdies and 11th in eagles. The course seems to suit him well. In his three starts, he has two top 10 finishes, including in 2019 when he tied for fifth, two shots behind Woods.

He came close to his second victory in January and February. He finished second in the Farmers Insurance Open and the Genesis Invitational. He shot a final-round 64 at the Genesis, but lost in a playoff to Max Homa.

Finau has played well in the majors. In his last 11 appearances, he has recorded seven top 10s.

Cantlay, 29, seems to always be in the hunt. In his last 10 starts, he has finished in the top 20 eight times. The only hiccup was a missed cut at last month’s Players Championship.

Like Finau, he makes a lot of birdies. Heading into the Masters, he ranks fourth on the PGA Tour this season, with 4.68 birdies per round. He’s 13th in scoring average at just over 70.

Cantlay played extremely well at the recent World Golf Championships-Dell Technologies Match Play tournament. In his first two matches against Brian Harman and Carlos Ortiz, Cantlay recorded 14 birdies and an eagle. He failed to make it to the round of 16, losing in a playoff to Harman.

Until recently, it would have been a stretch to suggest that Spieth, 27, would be a factor at Augusta National. He hadn’t won a tournament in more than three years. Before 2018, he won 11 times, including three majors.

The drought is over. Spieth captured the Valero Texas Open on Sunday by two strokes over Charley Hoffman. It was his first victory since the 2017 Open Championship at Royal Birkdale.

Spieth has played very well since February. He posted top 10 finishes in the Waste Management Phoenix Open, AT&T Pebble Beach Pro-Am and Arnold Palmer Invitational. The only negative was that he did not perform well enough on Sundays. That wasn’t the case in Texas. He shot a 66 in the final round.

What’s important, as always at the Masters, will be the ability to negotiate the treacherous greens. Spieth has handled the challenge well.

His record in the tournament has been outstanding. He won the 2015 Masters with a score of 18-under 270. He has finished in the top three on three other occasions, including in 2014 when he was only 20.

In his last two starts — at the Players Championship and the Dell match play tournament — Garcia, 41, flashed some of the magic that has made him such a dynamic player for more than two decades.

In the Players, he shot a 65 in the first round and was still in the hunt in the final round until he faded and tied for ninth. At the match play tournament, he made it to the quarterfinals before losing to Victor Perez.

His walking off with a second green jacket — he won the 2017 Masters, his only major title — still seems like a long shot, but his recent play makes him a more viable contender. He is still a very good ball striker. The challenge for him, as usual, will be to make enough critical putts.