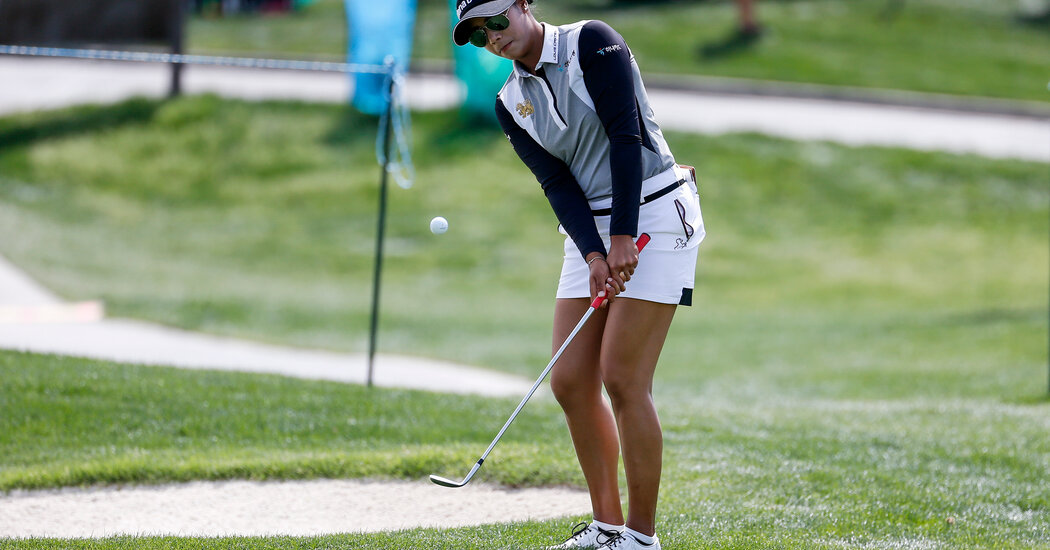 Tavatanakit was one of a handful of eligible players who chose to bypass the amateur event to compete at Mission Hills. The decision, she said, questioned by many at the time, set Tavatanakit on a path that ended Sunday with her taking the winner’s traditional dip in Poppie’s Pond, the water hazard surrounding the 18th island green.

Her top 30 showing in 2019, she said, convinced her that she was ready to take a leap of faith. “I kind of had a thought of turning pro, I played well and that just made it more clear,” said Tavatanakit, who gave up her collegiate eligibility in May 2019.

By year’s end, Tavatanakit had won three times on the L.P.G.A.’s developmental tour. Her 2020 rookie season, which has been extended through 2021, featured a top five in February at the Gainbridge L.P.G.A., where she gained valuable experience playing in the last group with the eventual winner, Nelly Korda, but also seven missed cuts.

Tavatanakit suggested that her commitment to the ANA Inspiration in 2019 helped her immensely this year. The four rounds at Mission Hills in 2019 gave her enough course knowledge to commit to the aggressive lines she took.

“Looking back, I think coming here and playing here enough to know how the course is, it was really good,” she said.

Tavatanakit’s eyes were wet before she jumped into Poppie’s Pond. She became emotional before hitting her last putt, she said, because she was thinking, “Oh, man, I’m actually going to do this.”

She had made history and she had done it by grafting off women’s golf’s roots.