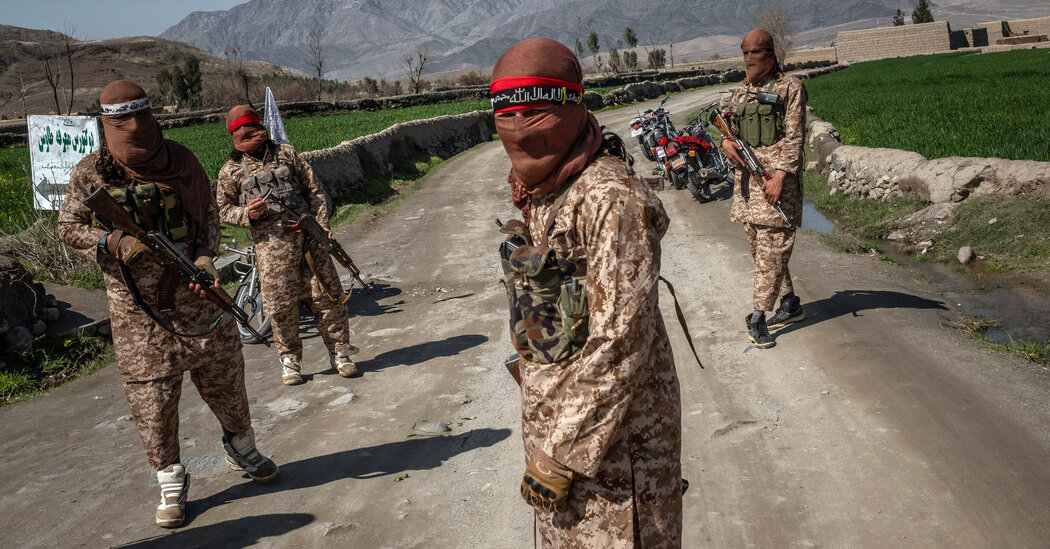 Opinion | Why President Biden Must Withdraw From Afghanistan

President Joe Biden faces a defining foreign policy decision: The United States signed a deal with the Taliban last year in Doha, Qatar, offering an American commitment to withdraw troops from Afghanistan by May 1 in exchange for a Taliban promise not to allow the country to be used by transnational terrorists.

Those who support breaking the withdrawal agreement with the Taliban are pushing to keep the United States militarily entrenched in Afghanistan. They argue that withdrawing U.S. troops from Afghanistan will compromise our counterterrorism efforts, undermine the wobbly Afghan government and threaten the limited gains we have made on values promotion.

President Biden should reject these calls and continue with the promised withdrawal in May. Completely withdrawing our troops is sound policy, as American security interests do not require the continued presence of our troops in Afghanistan.

Keeping our troops in Afghanistan beyond the promised deadline is pushing them back in the Taliban’s cross hairs and indefinitely continuing an expensive and unwinnable war, which has already cost more than $2 trillion and more than 2,400 American lives.

To effectively target terrorist organizations with the intent and capability to harm the United States, we do not need to station troops permanently in a country. Along with sticking to the agreement with the Taliban, we can further protect ourselves by making it unmistakably clear to the Taliban (and their Pakistani backers) that if they violate the agreement and allow transnational terrorists to operate from their soil against us, they will have to face overwhelming, punitive American force.

If the Taliban keep their part of the bargain, the United States should let the Afghan people decide the future of their country. The past two decades have taught us that a U.S. withdrawal from Afghanistan is also an acknowledgment that fixing Afghan politics and society while keeping the Taliban out is beyond our considerable abilities.

If President Biden decides to stay indefinitely in Afghanistan, it will adversely affect the peace process by signaling to the Afghan government that we will back it despite the heavy costs and despite its inability to confront the corruption and ineffectiveness that fuels the insurgency. It would embolden Kabul and reduce the chances of compromises to end the war.

It would lead the Taliban to question our trustworthiness and empower hard-line voices among the insurgents. And reneging on the withdrawal agreement or extending it without the Taliban agreeing to it will lead to escalation in violence and even more deaths.

The administration might be reluctant to withdraw for fear of getting blamed for the messiness that could ensue in post-withdrawal Afghanistan, but anything less than a full drawdown means that Afghanistan will become President Biden’s war. He will have to own the predictably terrible consequences of continuing a war that can’t be won.

The United States has about 2,500 service members in Afghanistan, and they can’t affect the basic trajectory of the conflict. Americans will support a president who chooses withdrawal of the troops, especially since polling shows nearly three-quarters of the public — including veterans and military families — already support ending the war.

Sticking with the withdrawal deal will also immunize the administration against attacks from Republicans who supported calls to end our endless wars during the Trump years.

If Mr. Biden decides to stay in Afghanistan, Republicans could respond with intense criticism, as they did when President Bill Clinton got our troops more involved in Somalia in 1993 and, more recently, President Barack Obama in Libya.

If withdrawal looks politically difficult now, President Biden should consider 2024, when he will be criticized for continuing the endless war and jettisoning President Trump’s efforts to end it and bring our soldiers home.

Mr. Biden opposed President Obama’s surge in 2009, and during his campaign he told a CBS reporter that it was not his job to send American troops into harm’s way to secure human rights in Afghanistan. He also took office with the withdrawal deal already in place. These things diminish the extent to which the people of the United States see President Biden as responsible for the war.

In her recent book about the domestic politics of ending wars, Sarah Croco, a political scientist at the University of Maryland, argues that a president who is seen as a “culpable leader” — someone the public sees as “responsible for the conflict” — typically has a hard time ever ending a conflict and faces “strong incentives to continue fighting in the face of high costs.”

If Mr. Biden makes the decision not to follow the withdrawal agreement, his choice will lead to the Taliban resuming attacks on American troops and leave us stuck in the same bloody cycle that has plagued his predecessors. He would end up being a “culpable leader,” and the war in Afghanistan could outlast his presidency.

The president should declare that we have met our most important goals by decimating Al Qaeda in Afghanistan, killing Osama bin Laden and punishing the Taliban, but also pushing them to peace talks — and then let the Doha agreement play out.

President Biden has to choose between Mr. Trump’s withdrawal and Mr. Biden’s war. The right choice is obvious.

William Ruger is vice president for policy at the Charles Koch Institute. He was President Donald Trump’s nominee to be ambassador to Afghanistan and is a veteran of the Afghanistan war.

The Times is committed to publishing a diversity of letters to the editor. We’d like to hear what you think about this or any of our articles. Here are some tips. And here’s our email: letters@nytimes.com.