The TikTok Feta Effect | Press "Enter" to skip to content 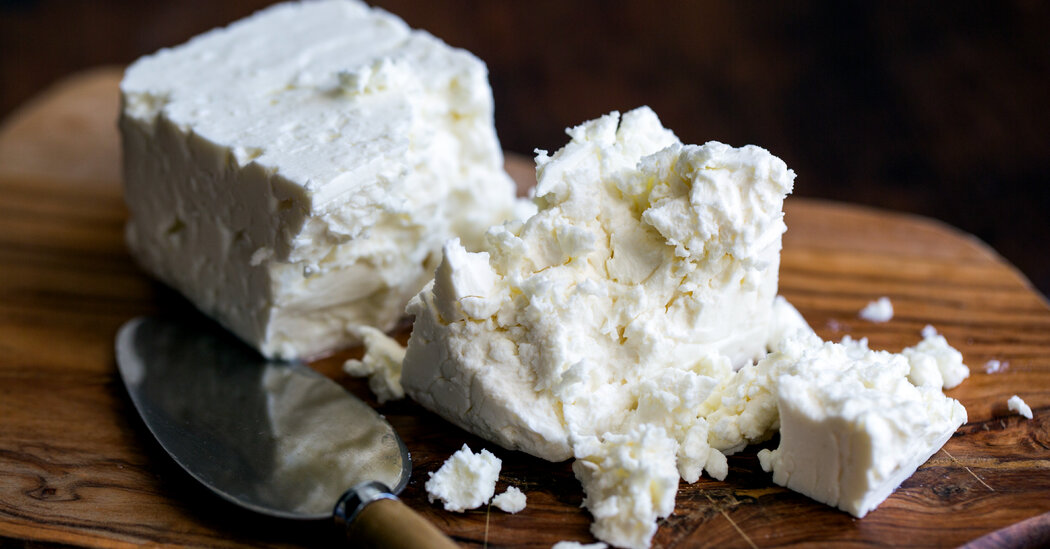 In the rarefied world of small-batch cheese, the closest a product may get to widespread fame is Tom Colicchio’s shout-out for his favorite bloomy rind on “Top Chef.”

That’s why Anne Saxelby, the founder and co-owner of Saxelby Cheesemongers, in New York City, was so surprised when a supplier told her that a recipe on the popular video app TikTok had whipped up such a demand for feta that she wouldn’t get her weekly shipment of the cheese.

Ms. Saxelby and her feta maker — Narragansett Creamery, a small Rhode Island dairy — had been swept up in the video recipe phenomenon known as baked feta pasta. It’s an exceedingly easy, extremely creamy oven-baked pasta sauce made with a whole block of feta cheese nestled into a pint of cherry tomatoes, with olive oil, chiles and garlic.

The recipe first caught fire in Finland in 2018, after the food blogger Jenni Hayrinen made uunifetapasta, Finnish for oven-baked feta pasta. (It was a streamlined version of a dish called Prosecco spaghetti and oven tomatoes, made by Tiiu Piret, another Finnish food blogger.)

But it didn’t really take off in the United States until it started racking up ecstatic fans on TikTok in early January. The videos are just as likely to be made by influencers as by teenagers without large followings. Now #fetapasta has more than 600 million views, not counting spillover into Instagram, Twitter, Facebook and followers of Rachael Ray, the “Today” show and “Good Morning America.”

By mid-February — when feta was the No. 1 search term on the Instacart grocery delivery app — The Charlotte Observer reported temporarily empty feta shelves at local stores like Harris Teeter supermarkets. Demand was up 200 percent, said Danna Robinson, a spokeswoman for the company, which operates more than 230 stores in seven states.

Narragansett Creamery, which supplies Saxelby Cheesemongers and markets like Zabar’s and Eataly with its Salty Sea Feta, is now expanding weekly production to 10,000 pounds a week, from 6,000, said Mark Federico Jr., who runs the company with his parents. (That higher figure is how much they used to produce at the height of summer salad season, before sales to restaurants were gutted by the pandemic.)

Kroger was also caught off guard, said Walshe Birney, who oversees the specialty cheese counters for the national supermarket chain, which owns Murray’s Cheese. Sales of feta blocks, which bake up creamier than the crumbles, were up.

“This is the largest and most geographically broad interest and sales increase in a product that I have personally ever seen,” Mr. Birney wrote in an email.

While there is no shortage of feta at Krinos Foods, the country’s largest importer and maker of Greek and Mediterranean food products, sales have been stronger than usual for months. Eric Moscahlaidis, the company’s chairman, said Krinos was able to persuade some Walmarts and Costcos to run trial sales of real Greek feta in addition to the cow’s milk versions they already stocked. (In Europe, feta is a name-protected product that must be made in certain regions of Greece from local sheep and goat’s milk.)

But feta is not the only food to get a real-world boost from TikTok. And it likely won’t be the last, given the rapidly rising status of TikTok recipes like the baked oat cake and do-it-yourself vegan chicken.

Ms. Saxelby sold out of another cheese, Winnimere, after a friend’s TikTok video praising the cheese got more than 250,000 views in two days. She sold 20 whole rounds in one day — 12 sell in a normal week — and the Vermont dairy that makes it, Jasper Hill Farm, had a significant traffic spike on its website.

After months of another popular TikTok recipe known as the tortilla wrap hack — you cut, fill and fold a large flour tortilla to make a giant wedge of a sandwich — Olé Mexican Foods, in Georgia, saw a nationwide sales surge of its burrito-size tortillas. The most growth came in cities that are not “traditional tortilla markets,” said Enrique Botello, the company’s marketing manager.

Last spring, Target stores around the country repeatedly ran out of packs of Martinelli’s apple juice, when millions of TikTokers — including the singer Lizzo — realized that when you bite into the apple-shaped plastic bottle, it sounds just like crunching into the actual fruit.

The 153-year-old California company had to increase its production to keep up, said Tom Brancky, a marketing adviser, who made a weekly PowerPoint presentation last May to keep the company aware of all the video hits. He’s still sending it out once a month.

“It was phenomenal, it was unreal,” he said, “and it was mainly high school age kids that drove it.”