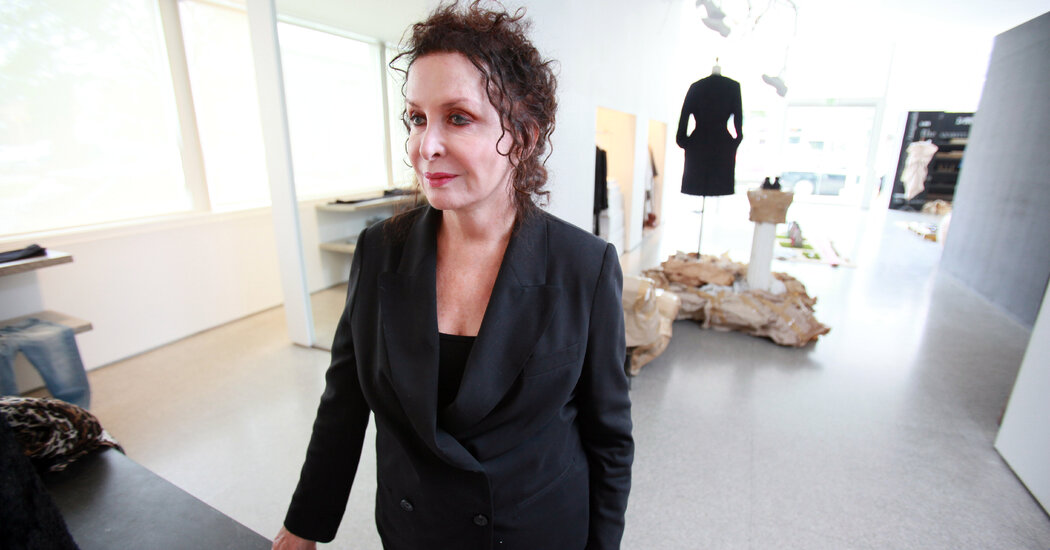 There is a story Linda Dresner likes to tell about her austere New York boutique, which opened on Park Avenue in 1984: “Jackie O. would come in and say, ‘Do you mind if I just stay here and have my tuna fish sandwich in the dressing room?’ She just enjoyed looking at the young women trying on the clothes.”

Except New York was not technically Ms. Dresner’s home. She started her business in Michigan, five years before coming to Park Avenue. After closing her New York store during the financial crisis of 2008, she returned to outfitting the Detroit area full time.

Until March 1, that is, when Ms. Dresner closed her sole boutique in Birmingham, Mich., after four decades in the fashion industry.

“It’s not a retirement,” she said by phone a week after the closure, which she described as “bittersweet.” “I just don’t feel comfortable redoing my lease at my age.”

While Ms. Dresner, 83, said the decision wasn’t related to the coronavirus, other beloved high-end boutiques that favored cool European designers and the color black — Jeffrey and Totokaelo — have closed in the last year, citing the struggles of doing business in a pandemic.

Even before that, larger stores with similar clientele (the wealthy and fashion-curious), like Barneys New York, were shutting their iconic doors. It has been a difficult few decades, it seems, for the multibrand retailers that prided themselves on personality, good taste and customer relationships.

“I think that we’re losing an independent idea of what retail should be,” said Ms. Dresner, who never focused on selling her edgy inventory online, maintaining that her shoppers wanted more personalized experiences. “They want to look at the clothes and touch the clothes and try them on.”

In the pre-Instagram, pre-ecommerce days, Ms. Dresner likewise relied on word of mouth to draw people to her gallery-like spaces, eschewing big window displays and keeping her racks almost mysteriously sparse (and, unlike in most stores, not grouped by designer). Her best marketing was her singular point of view.

“My ex-husband said, ‘You should put more in the windows.’ I said, ‘If they’re interested, they’ll come in,’” Ms. Dresner recalled. “I thought there should be an independence of choice.”

Ikram Goldman, owner of the Chicago boutique Ikram, described Ms. Dresner as “a niche,” incomparable to the luxury department stores that competed for the same customers.

When Ms. Dresner told customers in February that she was closing, she said they asked her: “Where are we going to shop?” “Which was music to my ears, for sure,” she said. Yet Ms. Dresner doesn’t know where she’s going to shop either. As she put it, she’s “not a Saks Fifth Avenue client.”

For the German designer Jil Sander, whose clothes seemed to mirror Ms. Dresner’s commanding yet simple space, she opened a store-inside-a-store in New York. When Ms. Sander later opened her own boutique, she hired the same architect, Michael Gabellini, inspired by what she called the “enlightened minimalism” of Linda Dresner. Mr. Gabellini was the project architect of the store, and Jay Smith, who died in 1990, created the design for the interior.

“I will always be thankful to Linda,” Ms. Sander said in an email. “In fashion retailing, she has been a visionary, fearless and unwavering. She was one of the first in the U.S. who ordered Jil Sander and made it so popular.”

Ms. Dresner also loved Balenciaga, even when “it wasn’t very easy to sell,” she said, and over the years has championed individualists like Maison Margiela and Yohji Yamamoto, along with dozens of more obscure cult (and many now inactive) designers, including the Serbian minimalist brand Zoran.

More recently, she has been disappointed by “the sameness” in fashion, she said — a lack of creativity compared with the work of designers in her early years in the industry. But she has always been adverse to that “sameness.” In 2001, she told The New York Times that she had stopped carrying Prada in her Michigan store because “there was just too much of it around.”

“For her, it wasn’t about clothes,” Ms. Goldman said. “It’s about the hunt of discovering that next talent. To me, that was her magic. That was her special sauce. She was always after the hunt and always had her ears and eyes so wide open so as not to miss anything or anyone.”