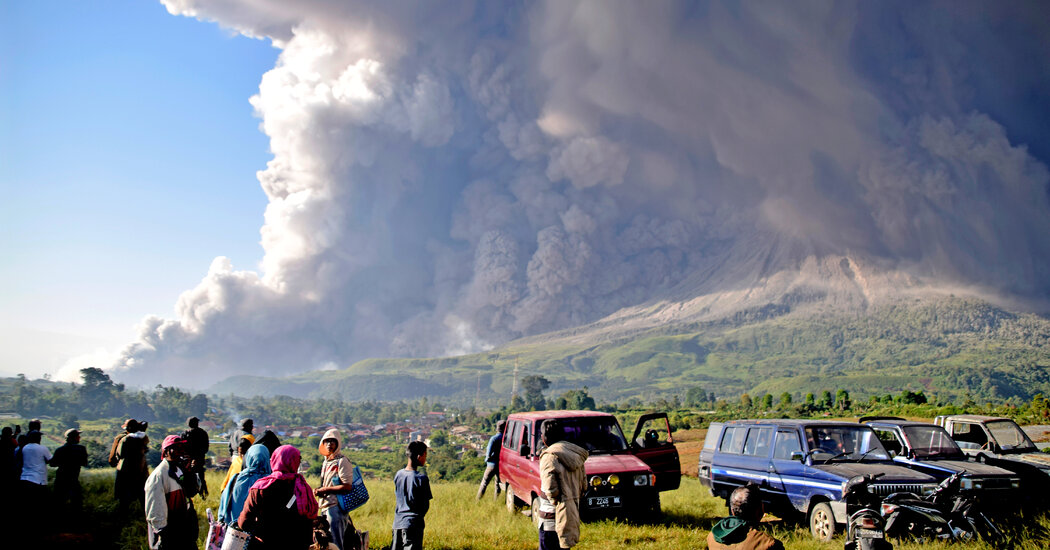 WASHINGTON — The idea of artificially cooling the planet to blunt climate change — in effect, blocking sunlight before it can warm the atmosphere — got a boost on Thursday when an influential scientific body urged the United States government to spend at least $100 million to research the technology.

That technology, often called solar geoengineering, entails reflecting more of the sun’s energy back into space through techniques that include injecting aerosols into the atmosphere. In a new report, the National Academies of Sciences, Engineering, and Medicine said that governments urgently need to know whether solar geoengineering could work and what the side effects might be.

“Solar geoengineering is not a substitute for decarbonizing,” said Chris Field, director of the Woods Institute for the Environment at Stanford University and head of the committee that produced the report, referring to the need to emit less carbon dioxide and other greenhouse gases into the atmosphere. Still, he said, technology to reflect sunlight “deserves substantial funding, and it should be researched as rapidly and effectively as possible.”

The report acknowledged the risks that have made geoengineering one of the most contentious issues in climate policy. Those risks include upsetting regional weather patterns in potentially devastating ways, for example by changing the behavior of the monsoon in South Asia; relaxing public pressure to reduce greenhouse gas emissions; and even creating an “unacceptable risk of catastrophically rapid warming” if governments started reflecting sunlight for a period of time, and then later stopped.

But the authors argue that greenhouse gas emissions are not falling quickly enough to avoid dangerous levels of global warming, which means the world must begin to examine other options. Evidence for or against solar geoengineering, they found, “could have profound value” in guiding decisions about whether to deploy it.

That includes evidence about what the authors called the social risks: For example, if research showed that the side effects would be concentrated in poorer nations, Dr. Field said, it could be grounds not to pursue the technology, even if it benefited the world as a whole.

The report also argued that by publicly funding geoengineering research, the United States could ensure that the work is transparent and accountable to the public, with clear rules about when and how to test the technology.

The steps urged in the report to protect the interests of poorer countries — for example, accounting for farmers in South Asia whose lives could be upended by changes in rain patterns — could fall away once the research begins, according to Prakash Kashwan, a professor of political science at the University of Connecticut.

“Once these kinds of projects get into the political process, the scientists who are adding all of these qualifiers, and all of these cautionary notes, aren’t in control,” Dr. Kashwan said.

Jennie Stephens, director of the School of Public Policy and Urban Affairs at Northeastern University, said that geoengineering research takes money and attention from the core problem, which is cutting emissions and helping vulnerable communities cope with the climate disruptions that are already happening.

“We need to double down on bigger transformative changes,” Dr. Stephens said. “That’s where the investment needs to be.”

Solar geoengineering has bipartisan support in Congress, which in late 2019 gave the National Oceanic and Atmospheric Administration $4 million to research the technology.

“America needs to be on the cutting edge of climate research,” Representative John Curtis, Republican of Utah, said in a statement. “More knowledge is always better.”

The calculation could be more difficult for President Biden, who has tried to gain the support of the party’s progressive wing, some of whom are skeptical about geoengineering. Senator Bernie Sanders of Vermont has called it a “false solution,” grouping it with nuclear power or capturing carbon dioxide and burying it underground.

Asked for comment on the report, a White House spokesman, Vedant Patel, said by email that President Biden “has been clear about addressing the climate crisis.” He added, “innovative solutions that can help accomplish this should be looked into and studied.”

Tylar Greene, a spokeswoman for NASA, which helped fund the report, said in a statement that “we look forward to reviewing the report, examining recommendations, and exploring how NASA and its research community can support this effort.”

Ko Barrett, deputy assistant administrator at NOAA, which also helped fund the report, said in a statement that the agency looked forward to “carefully reviewing” it. The Department of Energy, another funder, didn’t respond to a request for comment.

The endorsement by the National Academies might make some lawmakers feel more comfortable supporting the technology, according to Michael Gerrard, director of the Sabin Center for Climate Change Law at the Columbia Law School and editor of a book on solar geoengineering.

And rather than causing people to care less about curbing greenhouse gas emissions, he said, a large new federal research program into geoengineering might have the opposite effect: Jolting the public into taking climate change seriously by demonstrating that more extreme and dangerous options may soon be necessary.

“It could be so scary that people will be even more motivated to reduce emissions,” Mr. Gerrard said.