Which Movie Theaters Are Reopening in New York City? Here’s a Guide. | Press "Enter" to skip to content 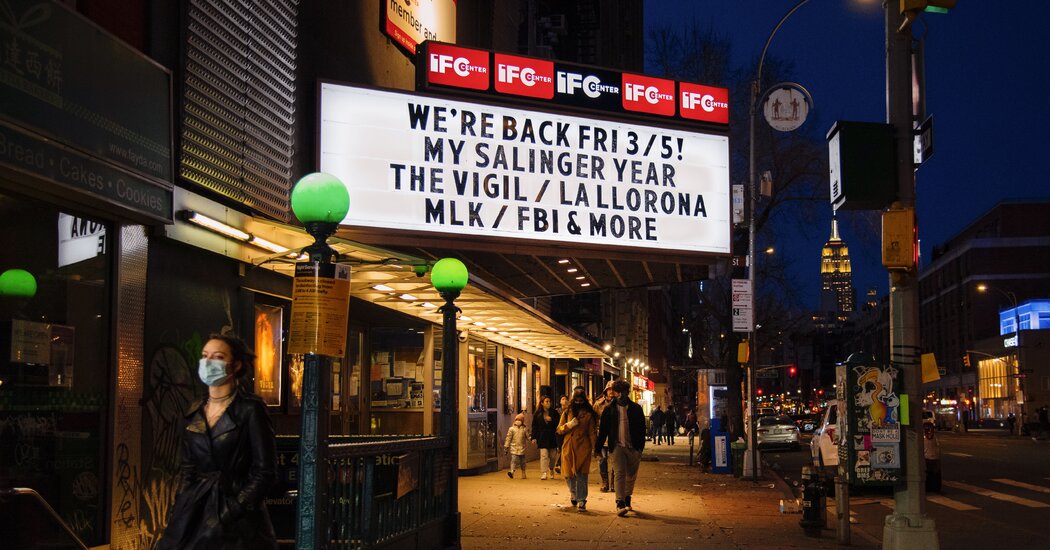 Which Movie Theaters Are Reopening in New York City? Here’s a Guide.

Cohen also owns the national chain Landmark, which began opening theaters in August. (The Landmark at 57 West in Manhattan closed for good during the pandemic, a shuttering Cohen attributed to a combination of causes.) The capacity issues in the short term do not faze him. “There are films that need to reach an audience, and we are doing what we can to present those films to the filmgoing community that we think very much enjoys film in a theater,” he said.

Still, another of his ventures, the distributor Cohen Media Group, has a backlog of 10 films. The holdup? Waiting for theaters in Los Angeles to return.

ALAMO DRAFTHOUSE The Downtown Brooklyn location of the dine-in chain has no date for reopening yet, but it will happen in the “very near future,” said Tim League, a founder and executive chairman of the company, based in Austin, Tex. (Separately, the company announced this week that it had filed for Chapter 11 and was undergoing a major financial restructuring, but an Alamo spokesman said that would affect neither the reopening date nor the continued development of new theaters in Lower Manhattan and Staten Island.)

“We have started the opening process,” League said of the Brooklyn location. “It’s just a little more complicated for us because we have a big kitchen facility. We have a lot of hiring to do, and we’ve implemented some safety protocols.”

Alamo has opened several of its locations across the country at some point since theater closures last March, and it has posted guidelines for moviegoers online. There hasn’t been much change in the number of patrons ordering food, League said, but there have been some changes in the service. The theaters have a reduced menu intended to maintain social distancing for the kitchen staff. Food can be ordered online in advance; pint glasses now have paper lids and silverware is sealed. Of staff training, League said, “We’re treating it like a new venue opening every time we do this.”

ANTHOLOGY FILM ARCHIVES The city’s premier experimental-film venue, located in the East Village, has no firm date for reopening yet. “We’re going to sort of take it slow and take a wait-and-see approach,” Jed Rapfogel, the theater’s programmer, said, noting that the organization is keeping an eye on factors like the spread of new Covid-19 variants and the availability of vaccines. “I think the first thing that will most likely happen will be one screening a week or a couple screenings a week.”