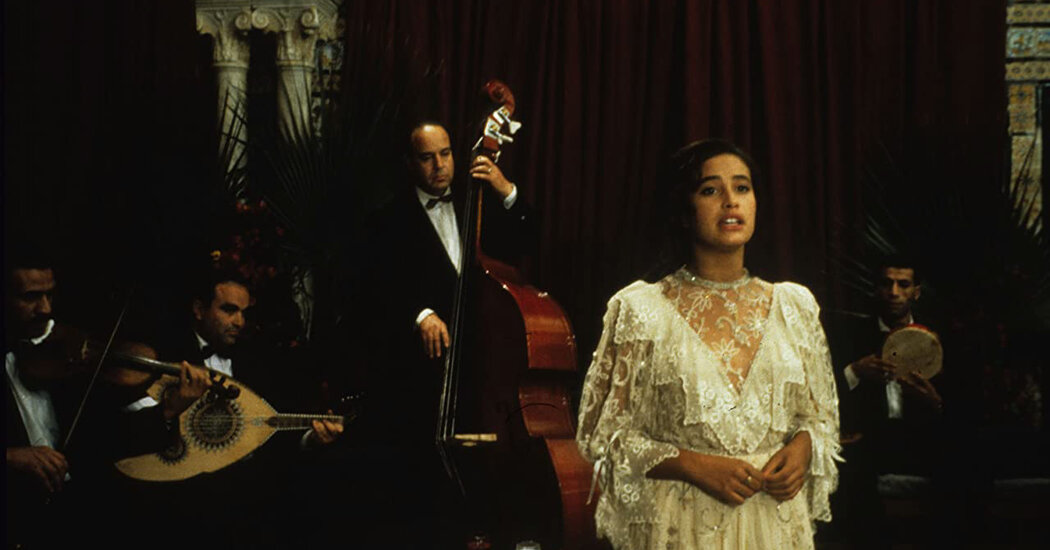 Moufida Tlatli, the Tunisian director whose 1994 film “The Silences of the Palace” became the first international hit for a female filmmaker from the Arab world, died on Feb. 7 in Tunis. She was 78.

Her daughter, Selima Chaffai, said the cause was Covid-19.

“The Silences of the Palace,” which Ms. Tlatli directed and co-wrote with Nouri Bouzid, is set in the mid-1960s but consists largely of flashbacks to a decade earlier, before Tunisia achieved independence from France.

The protagonist, a young woman named Alia (played by Hend Sabri), reflects on the powerlessness of women in that prior era, including her mother, Khedija (Amel Hedhili), a servant in the palace of Tunisian princes. Alia’s memories prompt a revelation that she has not achieved true autonomy even in the more liberated milieu of her own time.

“Silences” won several international awards, including special mention in the best debut feature category at Cannes, making Ms. Tlatli the first female Arab director to be honored by that film festival. It was shown at the New York Film Festival later that year. In her review, Caryn James of The New York Times called it “a fascinating and accomplished film.”

In an interview, Hichem Ben Ammar, a Tunisian documentary filmmaker, said “Silences” was “the first Tunisian movie that reached out to the American market.”

Its significance was particularly great for women in the Arab world’s generally patriarchal film industry, said Rasha Salti, a programmer of Arab film festivals. Though “Silences” was not the first feature-length film directed by an Arab woman, “it has a visibility that outshines the achievements of others,” she said.

Moufida Ben Slimane was born on Aug. 4, 1942, in Sidi Bou Said, a suburb of Tunis. Her father, Ahmed, worked as a decorative painter and craftsman at palaces of the Tunisian nobility. Her mother, Mongia, was a homemaker. Moufida, one of six children, helped care for her younger siblings. As a teenager she spent nights at a local movie theater watching Indian and Egyptian dramas.

She grew up during a period of social reform under the Tunisian president Habib Bourguiba, a supporter of women’s rights. In high school, Moufida’s philosophy teacher introduced her to the work of Ingmar Bergman and other European directors. In the mid-1960s, she won a scholarship to attend the Institute for Advanced Cinematographic Studies in Paris. After graduating, she continued living in France until 1972, working as a script supervisor.

In Tunisia, Ms. Tlatli became admired as a film editor, working on such classics of Arab cinema as “Omar Gatlato” and “Halfaouine.” “Silences” was her debut as a director.

The movie’s theme of silence is dramatized by the refusal of the servant Khedija to tell Alia the identity of her father. Alia never solves this mystery, but she does glimpse a brutal reality: how her mother had quietly suffered through sexual bondage to the palace’s two princes.

Silence is a hallmark of palace culture. During music lessons in the garden and at ballroom parties, aristocrats make small talk and servants say nothing. Discretion signifies gentility. Yet that same discretion also cloaks the palace’s sexual violence and muzzles its victims. Female servants learn to communicate with one another through grimaces or glares.

“All the women are within the tradition of taboo, of silence, but the power of their look is extraordinary,” Ms. Tlatli said in a 1995 interview with the British magazine Sight & Sound. “They have had to get used to expressing themselves through their eyes.”

Ms. Tlatli discovered that this “culture of the indirect” was ideally suited to the medium of film.

“This is why the camera is so amazing,” she said. “It’s in complete harmony with this rather repressed language. A camera is somewhat sly and hidden. It’s there, and it can capture small details about something one is trying to say.”

After “Silences,” Ms. Tlatli directed “The Season of Men” (2000), which also follows women of different generations contending with deeply ingrained social customs. Her final film was “Nadia and Sarra” (2004).

In 2011, Ms. Tlatli briefly served as culture minister of the interim government that took over Tunisia following the ouster of the dictator Zine el-Abidine Ben Ali. “She commands respect not only as a filmmaker and film editor, but also because she was not co-opted by the system,” Ms. Salti, the film programmer, said.

In addition to her daughter, Ms. Tlatli is survived by her husband, Mohamed Tlatli, a businessman involved in oil and gas exploration; a son, Walid; and five grandchildren.

Ms. Tlatli was inspired to make a movie of her own after giving birth to Walid and leaving him with her mother, following Tunisian tradition, even though her mother was already caring for four sons of her own. Her mother had long been a “silent woman,” Ms. Tlatli told The Guardian in 2001, before falling ill with Alzheimer’s disease and losing her voice.

Her mother’s life, she said, had become “insupportable, exhausting, suffocating.”

Ms. Tlatli spent seven years away from film as she raised her children and helped her mother. The experience gave her a sense that unexamined gulfs lay between women of different generations, much like the one she would portray between a mother and daughter in “Silences.”

“I wanted to talk with her, and it was too late,” she said about her mother in 1995. “I projected all that on my daughter and thought, Maybe she wasn’t feeling close to me. That made me feel the urgency to make this film.”