In ‘Exterminate All the Brutes,’ Raoul Peck Takes Aim at White Supremacy | Press "Enter" to skip to content 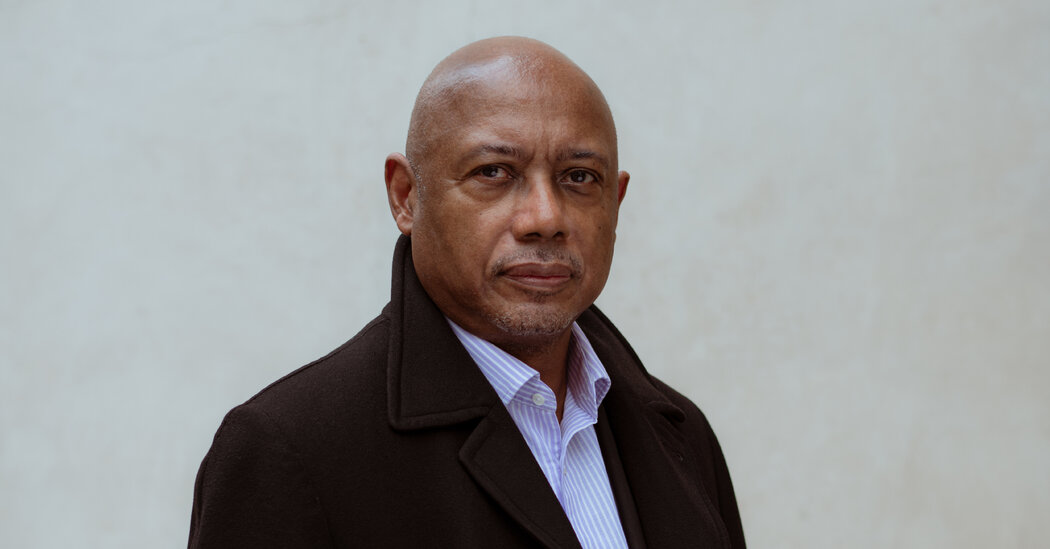 In ‘Exterminate All the Brutes,’ Raoul Peck Takes Aim at White Supremacy

After completing his 2016 documentary “I Am Not Your Negro,” the director Raoul Peck felt he’d had his say on the topic of U.S. race relations. Or at least his subject, the writer James Baldwin, had.

In the film, Baldwin called whiteness a “metaphor for power” and called out this country’s legacy of racism in the bluntest of terms. What more could Peck say that Baldwin hadn’t?

“Baldwin is one of the most precise scholars of American society,” Peck said in a video interview from his home in Paris. “If you didn’t understand the message, that means there is no hope for you.”

The film went on to win over a dozen film awards and an Oscar nomination for best documentary feature. In addition to the accolades and rave reviews, “I Am Not Your Negro” prompted a revival of interest in Baldwin’s work that continues today. In the wake of last summer’s Black Lives Matter protests, the writer’s work seems as relevant as ever. Even so, said Peck: “I was astonished that people could continue to live their lives as if nothing had happened. As if these words didn’t exist.”

The realization prompted Peck to try to uncover the roots of what Baldwin had written and spoken about so eloquently and passionately: the history of racism, violence and hate in the West. “What was the origin story of all of this?” Peck said he wondered. “Where did the whole ideology of white supremacy begin?”

That search is the focus of Peck’s latest project, “Exterminate All the Brutes,” a supremely ambitious, deeply essayistic undertaking that combines archival footage, clips from Hollywood movies, scripted scenes and animated sequences. Premiering Wednesday on HBO Max, the four-part series charts the history of Western racism, colonialism and genocide, from the Spanish Inquisition and Columbus’s “discovery” of already populated lands, through the stories of the Atlantic slave trade, the massacre at Wounded Knee and the Holocaust.

For Peck, who weaves his own story into the film using voice-over, snapshots and home movies, the project is an intensely personal one. In many ways, he is the ideal person to narrate a tale about western colonialism: After growing up in Haiti, a former colony that won its independence in 1804, he moved at age 8 with his family to the Democratic Republic of the Congo, where his parents worked for the newly liberated government. He has also lived and worked in New York, West Berlin and Paris, and has directed films about the Haitian revolution (“Moloch Tropical”) and the assassinated Congolese politician Patrice Lumumba (“Lumumba: Death of a Prophet”).

“I think my soul is somehow Haitian,” he said, “but I’ve been influenced by all the places I’ve been.”

Peck began thinking about “Exterminate” in 2017 after Richard Plepler, then the chairman of HBO, “cursed” him “for 10 minutes” for not bringing “I Am Not Your Negro” to his network, then offered him carte blanche for his next project.

“We’d been working on several film ideas, both documentary and feature film,” said Rémi Grellety, Peck’s producer for the past 13 years. “And Raoul said, ‘Let’s bring Richard the toughest idea.’”

The film, they told Plepler in a two-page pitch, would be based on the historian Sven Lindqvist’s 1992 book “Exterminate All the Brutes,” a mix of history and travelogue that used Joseph Conrad’s novella “Heart of Darkness” as a jumping off point to trace Europe’s racist past in Africa. (“Exterminate all the brutes” are the final words we hear from Kurtz, Conrad’s ivory trading “demigod.”) It would be about that, but also much more, much of which they hadn’t quite worked out yet.

“There were a lot of ideas in that pitch,” Grellety remembered.

After mining Lindqvist’s book, Peck determined he needed a similar text about the history of genocide in the United States. He came upon “An Indigenous Peoples’ History of the United States,” Roxanne Dunbar-Ortiz’s American Book Award-winning examination of this country’s centuries-long war against its original inhabitants, and was “wowed.” Peck and Dunbar-Ortiz talked at length about her book and his film, and how the two might come together.

Many of the film’s most powerful scenes derive from Dunbar-Ortiz’s text, including an animated sequence depicting Alexis de Tocqueville’s account of Choctaws crossing the Mississippi in 1831, on what came to be known as the Trail of Tears. When their dogs realize they are being left behind, they “set up a dismal howl,” leaping into the icy waters of the Mississippi in a vain attempt to follow.

“I’m almost crying now, just thinking about it,” Dunbar-Ortiz said. “And in the film, showing it in animation, I think it’ll make a lot of people cry.”

To round out the history, Peck turned to the work of his friend, the Haitian anthropologist Michel-Rolph Trouillot, who died in 2012. Peck was moved by a central idea in Trouillot’s book “Silencing the Past: Power and the Production of History”: that “history is the fruit of power,” shaped and told (or not) by the winners.

“That’s the history of Europe,” Peck said. “Europe got to tell the story for the last 600 years.”

Throughout the series, Peck takes down a succession of sacred cows, including the explorer Henry Morton Stanley (“a murderer”); Winston Churchill, who as a young war correspondent described the slaughter of thousands of Muslim troops at the 1898 Battle of Omdurman as “a splendid game”; and even “The Wonderful Wizard of Oz” author, L. Frank Baum, who advocated the extermination of Native Americans after the massacre at Wounded Knee.

Among his most frequent targets is Donald Trump, which the film compares — through a series of powerful juxtapositions — to bigots throughout history. “I am an immigrant from a shithole country,” Peck says at one point, one of several references in the series to Trump’s racist rhetoric.

As a way of creating a “new vehicle to make you feel what the real world is,” Peck said, he filmed several scenes starring Josh Hartnett as a 19th-century U.S. Army officer (loosely based on Quartermaster General Thomas Sidney Jesup), a racist Everyman who reappears throughout history, hanging Black people and shooting Native Americans. Hartnett met Peck years ago on a failed film project, and then later at Cannes, and the two had become friends.

“Last year, he called me and said he wanted a white American actor to play the tip of the genocidal sword of Western history, and he had thought of me,” Hartnett said. “I thought, wow, that’s flattering.”

“I’ve known him for 20 years,” Peck said, “and so I knew I could have that conversation with him.”

In March of last year, Hartnett and the rest of the cast and crew traveled to the Dominican Republic to film the live-action scenes, with locations around the island nation standing in for Florida and the Belgian Congo. Then the pandemic hit, shutting down operations the night before production was due to start. Peck considered his options and moved the entire shoot closer to home.

“We were in the South of France in the summertime,” Hartnett said. “So it wasn’t a bad situation.”

Through meta-textual moments and manipulations, Peck creates his own counterbalance to the dominant Western version of history, forcing viewers to think about the narratives, both popular and academic, they’ve been fed all their lives. In one scene, Hartnett’s character shoots an Indigenous woman (Caisa Ankarsparre), only to have it revealed that she is an actress on a film shoot. In another, a 19th century Anglican cleric gives a lecture dividing humanity into the “savage races” (Africans), the “semicivilized” (Chinese), and the “civilized” — to a contemporary audience filled with people of color.

Early in the series, Peck declares, “There is no such thing as alternative facts.” But he also seems to recognize the selective nature of all historical narrative and the power of controlling the image, probing deeper truths in some scenes by asking viewers to imagine what history might be like if things had gone a different way. In one scene, white families are shackled, whipped and marched through the jungle. In another, Columbus’s landing party is slaughtered on the beaches of present-day Haiti in 1492.

“I’m going to use every means necessary to convey these points,” Peck said.

A longtime filmmaker and film lover, Peck filled his series with movie clips to illustrate Hollywood’s creative reshaping of history (John Wayne in 1960s “The Alamo”) and as a supplement to his arguments. (In a scene played for laughs, Harrison Ford shoots a scimitar-wielding Arab in “Raiders of the Lost Ark.”)

One of the most disturbing clips in the series — no small feat — is from an otherwise lighthearted Hollywood musical: “On the Town” (1949). In the scene, Gene Kelly, Frank Sinatra, Ann Miller and others cavort through a seemingly docent-free natural history museum, chanting in mock African gibberish, dressing as Indigenous Americans and letting out “war whoops,” and mugging as South Pacific “natives.” Set to the tune “Prehistoric Man,” the dance number conflates a club-toting cave man — “a happy ape with no English drape” — with Native Americans, Africans and Pacific Islanders.

“When I watched it, I said, ‘No, my God, that’s not possible,’” Peck said. “It’s like they knew I was making this film. It just kept giving and giving.”

Not surprisingly, getting rights to some of the clips was a struggle. “We didn’t lie,” Grellety said. “We were contacting people and saying, the title is ‘Exterminate All the Brutes.’ So they knew it wasn’t a romantic comedy.” In some cases, the filmmakers had to secure the clips by invoking fair use — as they did with “Prehistoric Man.”

Peck might not have seen himself reflected in the movies he grew up watching as a young boy in Haiti, but he uses those Hollywood clips to help tell the history of the West anew. This process of imaginative recovery was no accident.

“I was born in a world where I didn’t create everything before me,” he said. “But I can make sure that I take advantage of everything I can to show that the world as you think it is, is not the world as it is.

“And those Hollywood films, those archive folders, those are windows that they didn’t know that they left open.”